Arnàcotto  was born from a simple, but equally brilliant idea that has its roots in a recipe from the late 19th century, where the pork leg was seasoned with lard. As the ham was cooking the lard melted between the fibres, giving an unforgettable flavour and taste to the meat.

Arnàcotto’s secret lies in the unique production and salting process of the Lard d’Arnad. The lard is added at the heart and on the outside of the ham, making it extremely tender. While the ham is slowly steaming, the Lard d’Arnad PDO is absorbed by the meat, enriching it and turning it into a
one-of-a-kind product. 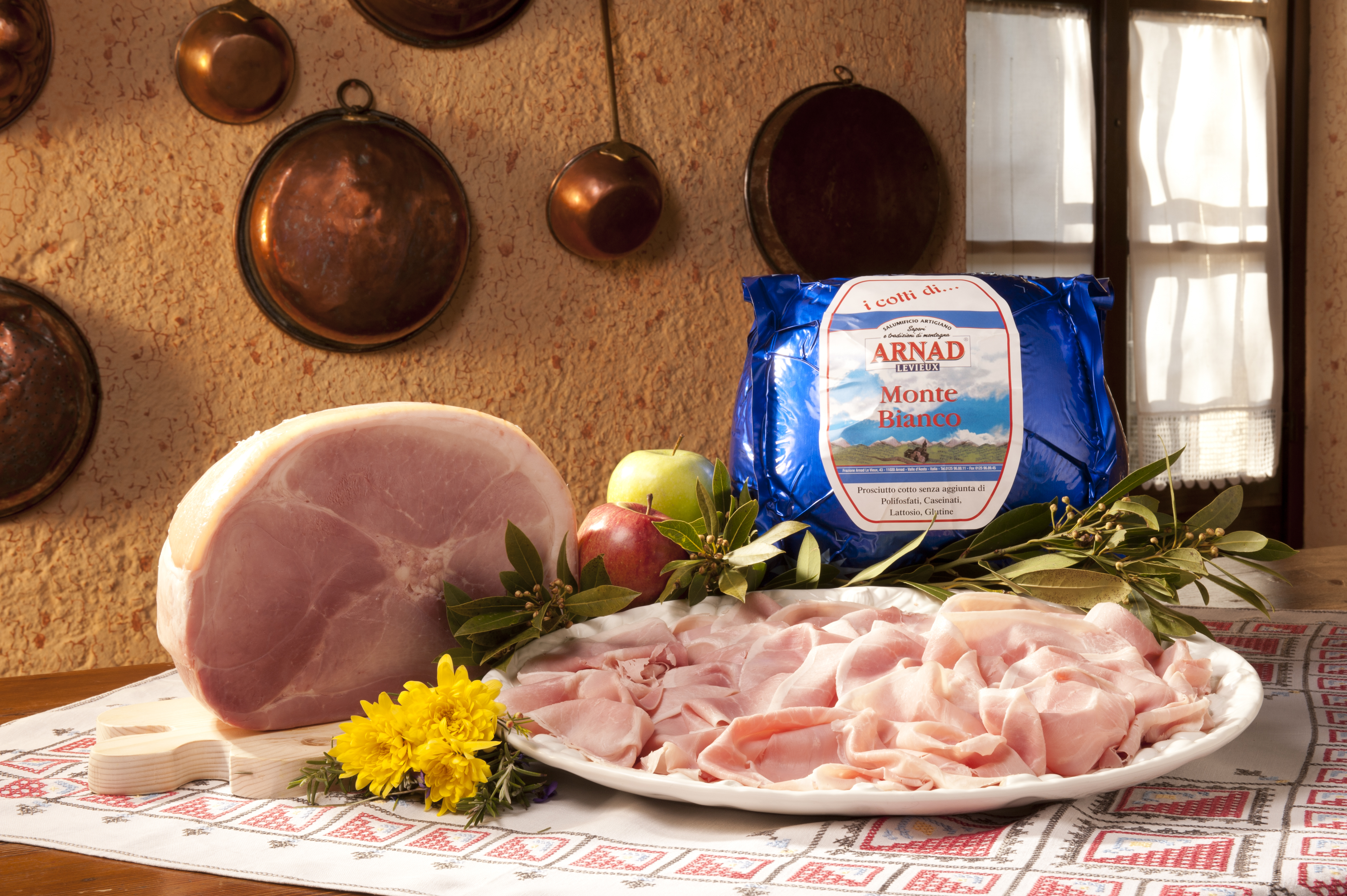 The cooked ham “Mont Blanc” is obtained with a slow and sweet steam cooking of selected meats. It belongs to the High Quality category and its delicate flavor is very pleasant and suitable for all palates. 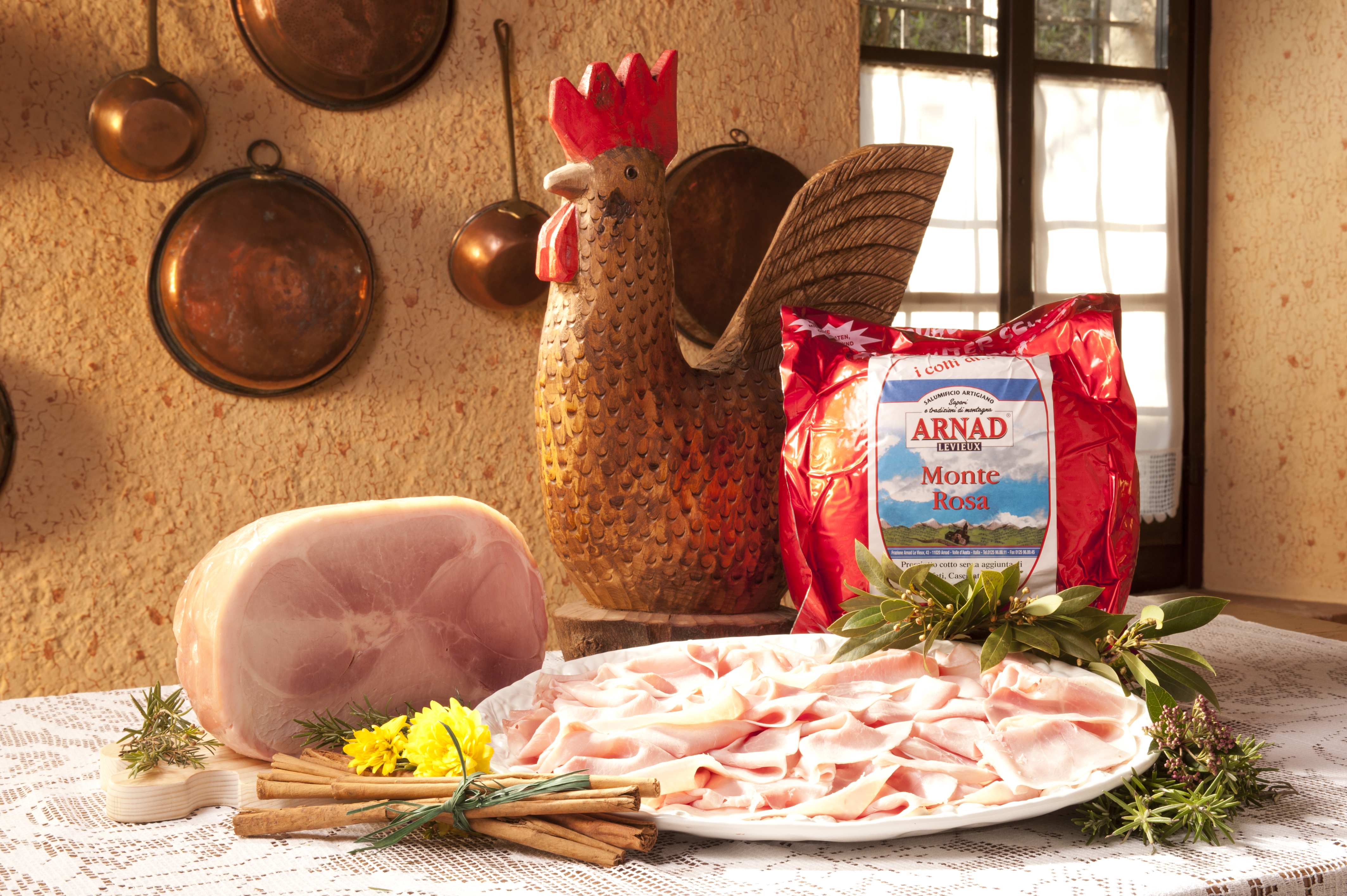 Obtained from carefully selected fresh meats, our Monte Rosa, once boned and printed by hand, is cooked in steam ovens. Every detail is followed with care and attention to ensure high-quality standards. 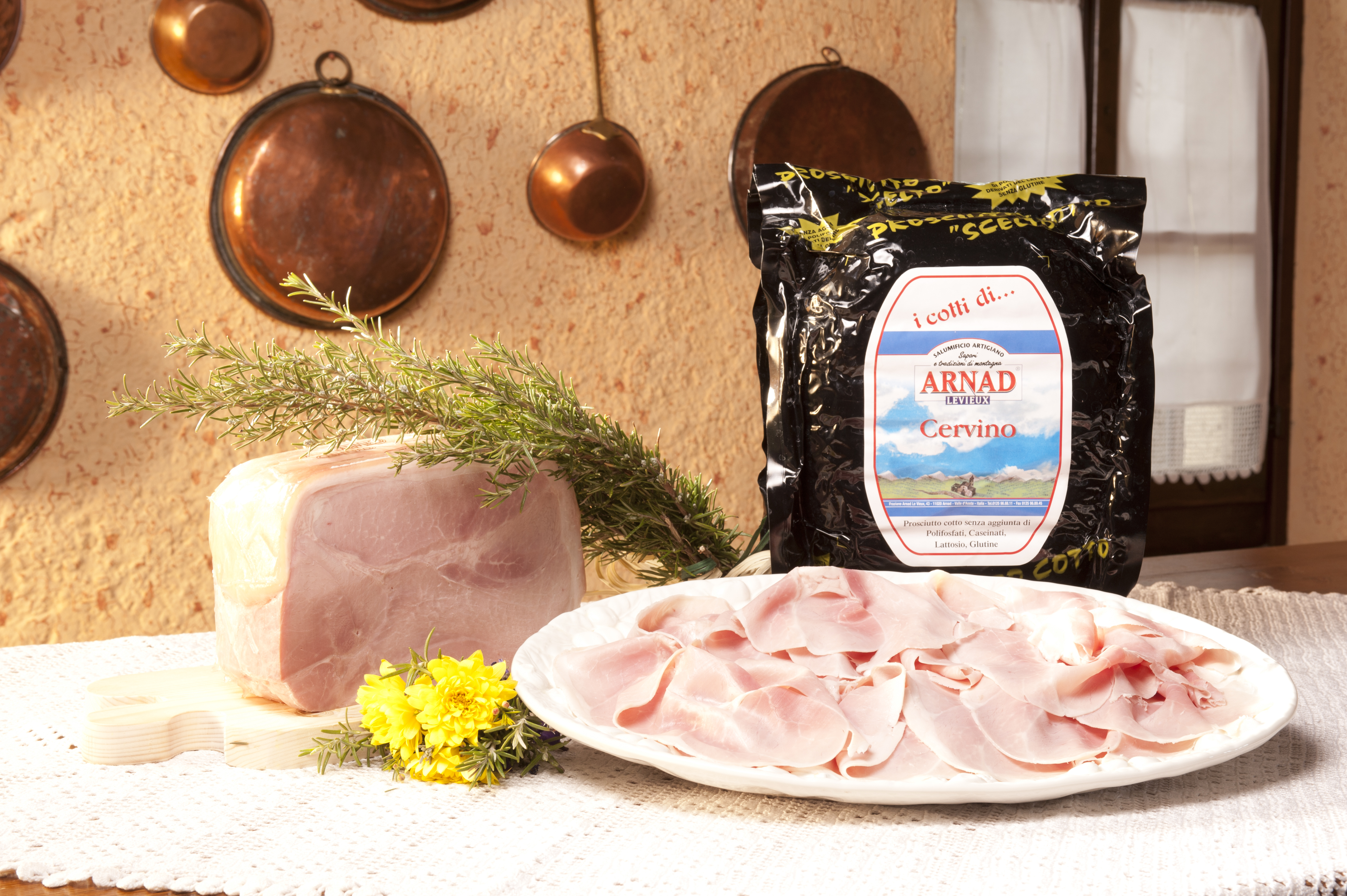 The “Monte Cervino” is a selected cooked ham, which thanks to the absence of gluten, added polyphosphates, glutamate, lactose, and milk proteins is an ideal product for the nutrition of all age groups and any type of diet.

Our website uses cookies to offer you a better browsing experience. Cookies allow us to count visits anonymously and do not allow us in any way to identify you personally. Learn more by clicking on More info and discover how to reject cookies, in part or in total. If you scroll the page or continue the navigation you accept the usage of cookies OkRead more